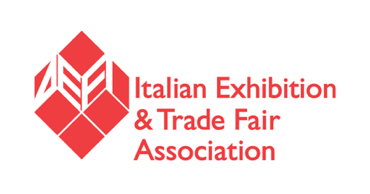 “The aim of the Italian exhibition system, and of products made in Italy, is to return to pre-COVID figures within the next two years, with every euro invested by companies generating 60 in terms of business and 23 in ancillary activities. This multiplying effect is recognised by the Government and Parliament, with whom we forged a real alliance during the emergency. It is no coincidence that, thanks to financial relief and exceeding of the limits imposed by the ‘de minimis’ system, the minus sign in front of EBITDA has been largely offset, despite the fact that 100 million euro are still lacking in relation to total losses”. These were the words of Aefi president Maurizio Danese, at today’s opening of the general assembly of the Aefi – Italian Exhibition and Trade Fair Association at Veronafiere.

Speaking to the Italian Minister for Tourism, Massimo Garavaglia, in attendance at the assembly, Danese added “Now it is essential to support the recovery efforts, because we need to remember: while the relief packages have been a key element for defence they have done nothing for growth. There are two priorities for the relaunch in addition to relief packages: the first concerns the remodulation of the funds allocated to tourism by the NRP, with a chapter on spending dedicated exclusively to the green renovation of Italian exhibitions; the second concerns the long overdue review of the cadastral classification of exhibition districts for the purposes of Municipal Property Tax”. Danese concluded by saying “we are asking for exhibition centres to be considered as real estate units with a clear function in terms of general interest and therefore excluded from taxation”.

In 2019, the last year statistically useful for assessing the full extent of the exhibition system in favour of the Italian manufacturing industry, the system generated business worth 60 billion euro a year, against a turnover of 1 billion euro. According to the association, which represents 96% of the international events held in Italy in the four years that preceded the emergency, Europe’s second largest industry – and the fourth largest in the world – had taken decisive steps, particularly towards internationalisation. The increase in the number of b2b events and the investments made by exhibition district owners, who have also become direct organisers over the years, have numerically and qualitatively increased the overall reach of events, surpassing 200. From 2016 to 2018 in particular, the number of international events grew by 11%. The trend in the number of exhibitors, which rose by 49% in the period under consideration, is equally positive, representing Italy’s leading export sectors. Starting from the food, beverage and hospitality sectors, from textiles/clothing/fashion to sport/hobbies/entertainment and art; from industry/technology/mechanics to agriculture/forestry/zootechnics. A double thread, linking exports and exhibitions, which can be seen in the geography of the venues that host major international events, capable of attracting around 10 million operators a year, 1.6 million of whom are foreigners, with this last figure growing by 44%.

Lombardy, Emilia-Romagna and Veneto – which alone account for almost two thirds of Italy’s international exhibitions – are also the top three regions for exports from Italy.